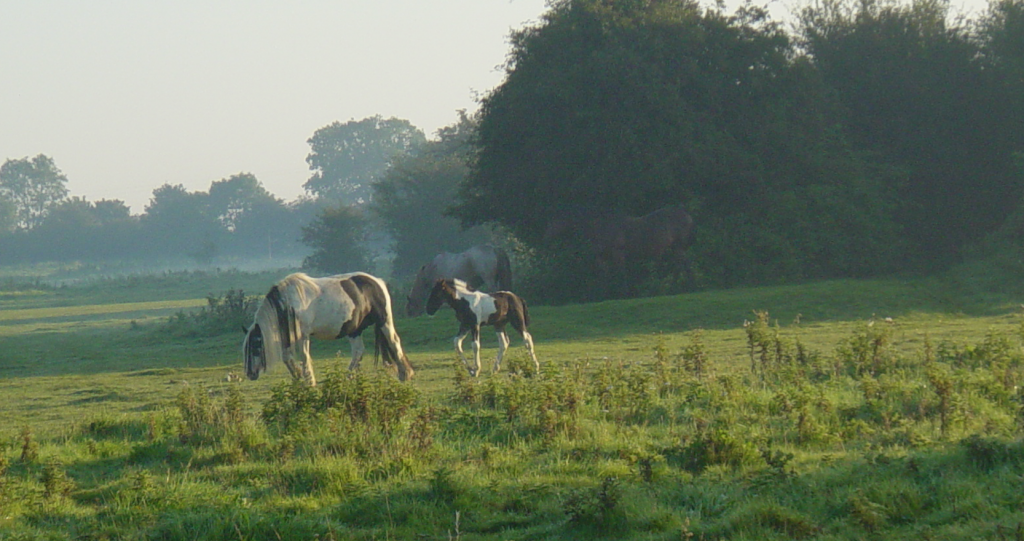 The Common’s proper name is Chippenhall Green, some thirty-nine acres (16ha) of grassland in the parish of Fressingfield, Suffolk,  two miles or so from the village, and a Site of Special Scientific Interest. I live five minutes’ walk away across a field, but in an adjoining parish…

“Magical” is the word I often hear to describe it, and the spell it casts on the visitor transcends any SSSI appellation. It is a plot of old England, and its grasses – grazed all summer by horses – are themselves the poetry of past English summers: meadow foxtail, sweet vernal, red fescue, tufted hair.

In spring the magenta of green-winged orchids makes a patchwork with buttercups and cuckoo flowers, and in winter it is a shining water land, formed by the impermeability of clay. Its ponds are fished by herons; the land hunted by barn owls and buzzards and foxes.

Between May and October around 30 mares, 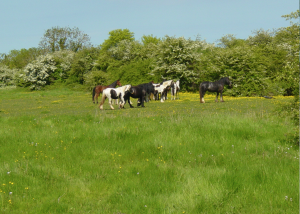 many with foals at foot or about to drop their foals, are turned out to fatten on the rich grass. In my innocence I used to think the horses were bred and used for horse-drawn caravan holidays. Now I think they are sent abroad to those countries which enjoy eating horseflesh.

I walk through a field along a footpath to emerge onto the Common via a small bridge. This entry into the Other World is guarded by the dark waters of a wide ditch, where lie half-submerged slumbering monsters of long-fallen logs and tree stumps.

Most mornings the young dog and I cross the Common on our way to further footpaths. She was only four months old when this year’s batch of horses arrived, and she has had to learn that foals, albeit not much larger than she now is, are not playmates, and that their mothers – and aunties and cousins – will defend the young with a show of intimidation. I think we may now have arrived at a degree of mutual respect.

I do wonder whether these mares have an equine sense of humour. 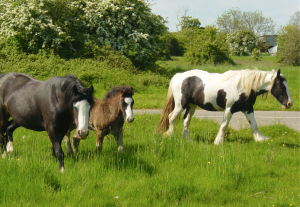 From my house, a stone’s long throw away, I often hear – and smile at – the ineffectual and furious hooting of car drivers frustrated in their progress by a group of horses and foals standing immovably, implacably, across the narrow one-track road. If a car stops for long then one or two of the older horses will come and lick the windscreen with soft slobbery tongues. The remedy, not often taken by those unacquainted with the ways of the horse, is to get out and administer a good heave on the rump with a “Go-o-o-o on!” in commanding tones. Or drive across the grass.

Although I know people drive to the Common to walk their dogs, I rarely see them, for in winter I am there with the dawn, and in summer not long after. But at any time of day or season – a frosty morning, a golden evening – it is quite simply an enchanted world, and (that overused word) a privilege to glimpse it. 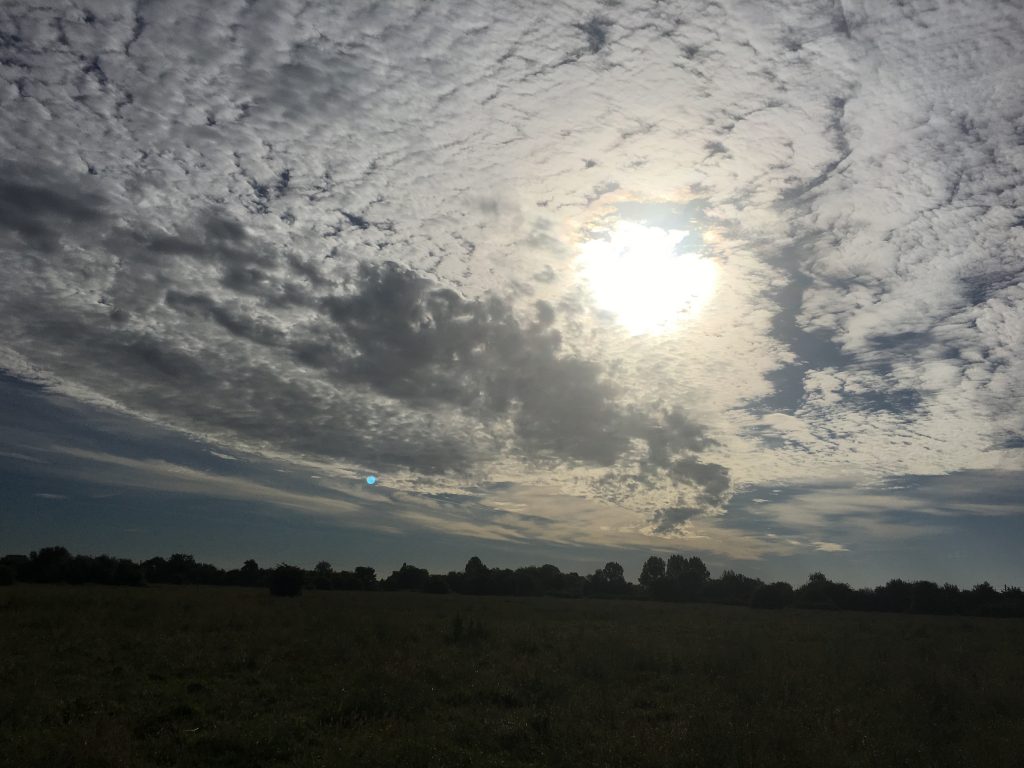