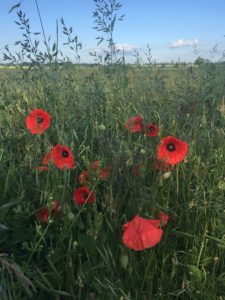 A month or so ago, in the parched early spring, I wrote that in the face of drought (or its opposite) we used to say that Nature would always compensate, and wondered if, in these days of shifting weather patterns, it would still be so.

June has been wet, gloomy, cold, grey. A heatwave oppresses most of mainland Europe with record temperatures (45C in southern France) and the weather map there is red hot; but not here, certainly not here in East Anglia, where the thermometer reads 16C. Sixteen! It was warmer in February. Oh, this is your good old traditional British summer of rain-swept sea fronts, cancelled barbecues and washed-out fetes. This is your Brexit Blue Passport summer. This is a getting-our-country-back summer. It calls to mind the famous (and probably apocryphal) headline “Fog in Channel – Continent cut off”. We stand alone, bravely shivering in thick jumpers, against the invasion of European heat. 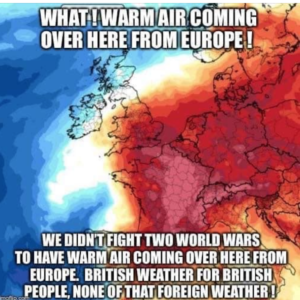 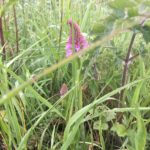 The rain. Dust turned to mud, the garden was bashed and battered by heavy downpours, the flowers bowed their beautiful heads with the weight of water, and the shoulder-high grasses as we pushed through them on our walks deposited cold showers down collars and boots. But the rare fine days gave us the beauties of early summer, when the green is still fresh and flowers at their peak. On a walk we discovered pyramidal orchids.

For a week or two the area at the front of my house produces a tolerable imitation of a cottage garden:

But now the summer solstice is past; the setting sun starts its slow drift southward; the year is half over. In that sentence are sown the seeds of depression. But we must live in the present, and finer weather is forecast. On clear evenings in the pallor of the eternal midsummer dusk Jupiter blazes bright in the southern sky. There are blessings, and I must remember to count them. 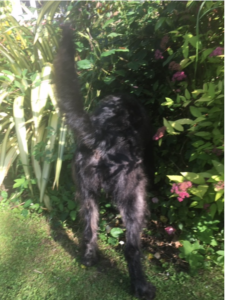 There is one infallible antidote to despondency, and that is to engage in a game of ball with the young dog. She commits to this totally, absolutely, insatiably, with a dog’s complete lack of self-consciousness, only her rear end and wagging tail visible as she searches for the ball in a bush. Her athleticism and balletic leaps and twists to catch a high throw make me gasp. We play on what may be called the front “lawn”, but which is in reality a hotch-potch of clover, dandelion and moss, pock-marked by bitch pee and pitted by her enthusiastic skidding to stop the ball. She is my joy.

In the mornings she and I cross the Common before the world is awake. When I started this chronicle I wrote (see the side bar to the left) that the Common is a magical other world, an enchanted domain. In Celtic myth and later derivative literature the entrance to the Other World is usually signalled by the presence of a white animal (taken up by Lewis Carroll with his white rabbit). In medieval romance the denizens of the Other World are often malevolent beings, imprisoning and preventing escape. Here on the Common there is a white mule who takes on both roles: she is always there as we emerge into her territory, into this parallel dimension, and she is vigilant to any trespass on her realm, and she guards the mares and foals with an intimidating viciousness, seeing off all comers. I am not nervous around horses – some of my best friends have been horses – but this mule is something else. The dog and I make prudent detours. 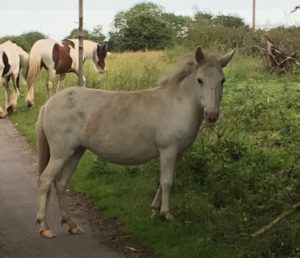 The Other World…as a student I fell in love with the 12th-century Arthurian romances of Chrétien de Troyes. Little is known about Chrétien, but it is virtually certain he worked at the court of Marie de Champagne, daughter of Aliénor (Eleanor) of Aquitaine, at whose own court in Poitiers the ideal of courtly love was first penned by Andreas Capellanus – Andrew the Chaplain – in his De Amore (de arte honeste amandi). Chrétien’s education was wide, and he drew together threads from Celtic, Latin, Norman, and Christian legend, Biblical sources, and courtly love and wove them into a thrilling colourful tapestry of knightly quests, love and adultery, imprisonment and liberation, magic and mysticism.

– can be read on many levels, but one must be an allegory of the Harrowing of Hell, the descensus ad inferos, when Christ descended to free those who had died before his salvific sacrifice, and who were waiting to be redeemed and freed. It is part of the Apostles’ Creed, but not the Nicene, and was known in the Middle Ages from the apocryphal Gospel of Nicodemus, itself possibly based on a third-century text. The knight in Chrétien’s works is therefore, despite flaws and courtly misconduct (Lancelot does after all sleep with his boss’s wife) a redemptive Christ-figure, one who will “open the blind eyes, bring out the prisoners from the prison, and them that sit in darkness out of the prison house” (King James Bible).
The knight not only frees those who had long lain in captivity but the whole land comes alive and fertile again. Pagan and Christian in one heady mix.

But we have travelled too far from the Common.

There is little to report from this dripping and cold June. No-deal-Brexit anxiety raises my stress levels and anxiety in what seems the most highly undemocratic election of our next Prime Minister: 160,000 (members of the Tory Party) out of a population of some 66 million – a mere 0.26% – may choose, and it seems their choice is already made – an amoral mendacious buffoon, scarcely a respected statesman on the world stage.  It is perhaps the complete powerlessness to affect anything, to change anything, to have a voice, the lack of agency, that makes it so unbearable. We sink lower into the mire each month, but hey! blue passports. 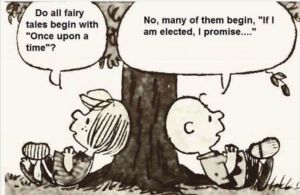 Last month I showed a photo of a notice put up by a local farmer (to keep people away from his fishing lake, I think). I fought myself, and won, and left it to some other, unknown, pedant to set him straight:

The reader will have observed the paucity of content this month. Barely even a rant. I started this blog two years ago in July 2017. Is it perhaps time to stop? 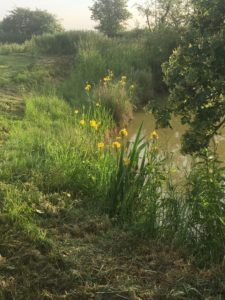