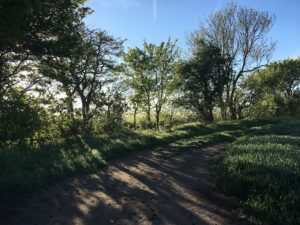 Just past 4.30 on a morning late in May. The sun rises red as I drive east. The dog and I are going in search of nightingales, so we head for Westleton Heath and Dunwich Forest. 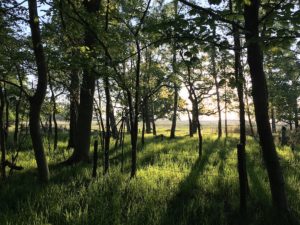 I have a thing about nightingales. The house where I lived in France was in a valley nestled between the Pyrenees and the Corbières. 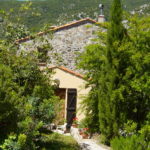 The nightingales arrived in great numbers, punctually, in the third week of April, and the males engaged in a great deal of top-volume macho singing until the end of June. They sang day and night. I would lie in bed sleepless, the rising scent of an Albertine rose perfuming my room, listening to the weird counterpoint of nightingales and the frogs which inhabited the stream at the bottom of my garden. I will never forget one long walk under a full moon in the warmth of a Mediterranean spring when I was accompanied by a chorus so full, so liquid and melodic that I thought heaven could not be more beautiful. 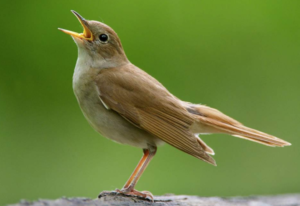 Unsurprising, therefore, that these songbirds have themselves been sung by poets from Homer to Eliot via Keats. Shakespeare knew them well, knew when they sang and when later in summer they ceased:
“Our love was new, and then but in the spring,
When I was wont to greet it with my lays;
As Philomel in summer’s front doth sing,
And stops his pipe in growth of riper days” (Sonnet 102)

These birds, so shy, so invisible, so glorious of voice, have accompanied my two greatest European walks which were done in spring. The first from Vézelay in Burgundy diagonally through France and along the whole of northern Spain to Santiago, and the other through France and northern Italy, heading for Rome. Strangely, the nightingales seemed to shun Switzerland as I passed through. Too expensive, probably. 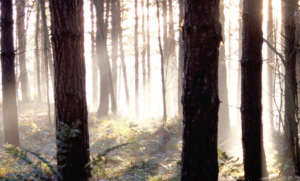 And so in this country I have sought nightingales, hoping to recapture the rapture of that song. I have been constantly disappointed for, although nightingales come to Suffolk, they have eluded me unless – as I suspect – those that visit us here sing with an English accent which I have as yet failed to discern.

Westleton and Dunwich are known for them, and so we went in search that very early morning. There is 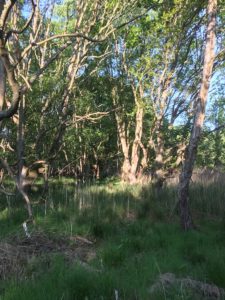 something secret and special about walking at that time, alone in the world, alone with the creatures that inhabit the dawn, no people, no sound of distant traffic. From the Heath we turned north parallel to the coast: to our right the sea a shining silver strip, and the distant sibilance of waves on a shingle shore. Through the Forest, and back to the heathland, and there! did I catch the song of a nightingale? I cannot tell. If I did, it was without the descending swooning whistle which precedes the trill, which in my experience characterises the nightingales of France, Spain and Italy.

And so we came back – home by 8am, the day already old.

The nightingale is not the only bird whose song is rare these days. Until the early days of this month I had not heard a cuckoo in this country for a decade. But then, one afternoon early in the month, dodging icy hailstorms, I heard one. She didn’t stop – three snatches heading north, and gone. But a real cuckoo! the harbinger of spring, the subject of the race to write to the editor of The Times, a sound of my childhood. 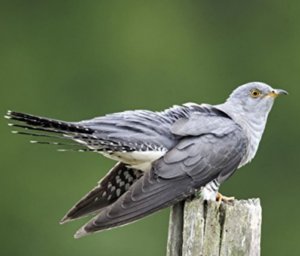 Spring. After a wonderful warm Easter it was once more a case of “Different month, different weather.” The early May bank holiday was true to British bank holiday form, and was grim and wet. And then…the Ice Saints did their worst. St Mamertus on the 11th, Pancras on the 12th, and Servatius on the 13th, traditionally blamed for a cold snap mid-month,  sent us sharp frosts. Records show that in the past century mid-May can suffer from quite intense cold, the worst example being a temperature of -9.4C in Norfolk in 1941!

But a frost in May gives mornings of jewelled splendour, when every blade of grass, every flower, every tree shines with diamonds of ice and dew.

And we have had rain. Probably not enough to make up the severe shortfall of more than a year now, but real rain nevertheless. It has been dramatic: thundery downpours from a dark and scowling sky – the acidic yellow gash of a rape field under deep indigo, a giant Rothko pastiche: 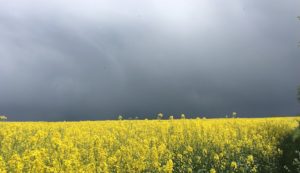 Such rain as we have had has produced a palette of green traditionally described as lush. Who can number the shades of green? Far more than fifty. From the fading yellowy green of the declining rape flowers to the bluey viridian of young wheat; from the golden-green feathers of barley ears in the early light 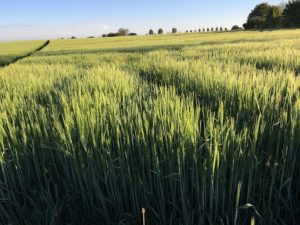 through emerald, sap, Hooker’s, cadmium, cobalt, phtalo. Impossible to describe, impossible to name. And the green of the fields is edged with lace – Queen Anne’s Lace, or cow parsley, with its distinctive smell of late spring. 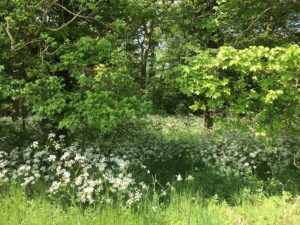 My memory says that the oak used always to be the last to leaf here, but again this year it was in full leaf while the ash still stood skeletal against the sky. Is it another sign of the forward shift of the seasons?

As I wrote last month, there seems little doubt of this. The elderflower is in full flower. This should happen a month later. Munnings painted a backdrop of elder in his “Sunny June”, and only a couple of decades ago I was making elderflower wine at the end of June. 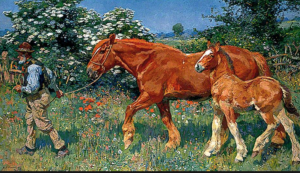 One certain sign that spring and summer come well ahead, as I discussed last month, of when they used to arrive is the cursed advent of hay fever. As a child I prayed for rain, because the sneezing, the sweating and the itching eyes used to coincide exactly with exam season at the end of June. This year, as last, the first symptoms attacked in the third week of May.

What news this month? Little on the domestic scene, but nationally and internationally my head is full and swirling about with politics…local elections, European elections, election of a new leader of the Conservative party, and thus prime minister. God help us.

My antidote to what is now known as “Brexit anxiety” (yes! People go to their GP with it…must be true, I heard it on the “Today” programme…) is my young dog, whose joie de vivre and enthusiasm for all activities know no bounds. We have started beginners’ agility classes:

I wrote in April of those traits of mine which are also characteristic of Asperger’s syndrome. At our reading group I dared to venture that I identified with the eponymous heroine of “Eleanor Oliphant is completely fine,” with her pedantry, her social awkwardness, the trauma of her earlier life, her resorting to alcohol to drown her loneliness. One member of the group – a large lady – sniffed and said, “I just wanted to tell her to pull herself together.” Well, there we are.

And on the subject of pedantry, I end this month’s offering with the struggle I have with myself nearly every morning when I pass this sign. Shall I manage to resist? 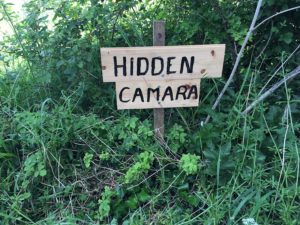