A note to the new reader: to understand where I am coming from, in both senses, first read the static information pages in the sidebar to the left: Introduction – The Common – The Garden.

The year begins to grow old and tired. Summer lingers, but nights are chill and mornings misty. The smell now is of straw, turned earth, fruit and decay. Here in Suffolk the farming year marks our seasons, and the land bears witness to the shift of time. The month has been dominated by harvest, both arable on the grand scale and smaller, but important, horticultural ones.

Early in the month the young dog and I walk through the rain to the village hall to view the exhibits at the Flower and Produce Show. The purpose is twofold: to further the socialisation of the excitable dog (she finds it hard to contain her exuberance when she meets people and other dogs, and thus must learn), and to spy out whether, in a future year, my own offerings might stand any chance of being placed.

There was the usual display of onions, beans, courgettes, tomatoes, beetroots, roses and sweet peas, Victoria sponges, and chocolate brownies, craft  and artwork – and then the classes for “comical vegetable”, “flower arrangement in a boot”, the latter eliciting in me the question: “Why?” I may perhaps be forgiven for the rather conservative view that flowers look better in a vase. The dog behaves – until the advent of a Jack Russell.

The following dialogue was overheard at an Over 60s Luncheon Club:

Helper 1: We have just bulk ordered some recycled lavatory paper to help the environment
Helper 2: Recycled toilet paper? Oh no, I could never use other people’s toilet paper. 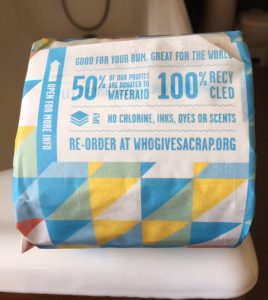 From March till mid-July we had been blessed with exceptionally warm and dry weather. Around the feast of St Swithun on 15 July the weather broke:

The old rhyme has proved true, for the skies turned changeable and rain fell almost every day until after the middle of August. The farmers, having had months of near drought, now dodged bad weather, waiting for crops to be dry enough to harvest, working till midnight when they were, waiting again for good weather to bring the bales in. You know a particular field is being cut when you see a golden dust cloud in the distance and hear the powerful low drone of the combine.

Here the narrow lane is deep-lined with straw. Long into the night huge tractors speed along the one-track road pulling trailers piled high with bales, and then race back empty, rattling, bumping and banging. Sometimes they meet, these great agricultural mastodons,  on the blind bend by my house, coming to a juddering, earthshaking halt, nose-to-nose, in the nick of time. Walking or cycling along the lane is high-risk in August.

The young dog is fascinated by tractors, and she also promiscuously adores all men. A combination of the two is irresistible to her, and thus when she glimpsed the farmer in the next-door field she took off, clearing my garden fence in a mighty Grand National leap. I have spent not a little time, effort and money raising all the fences. She is nearly nine months old. Will she grow any more? We have been to a lot of training classes…she’s very good – until she isn’t.

My own harvest has all but overwhelmed me this bumper year. I cannot eat or process all my vegetables and fruit quickly enough, and the freezer is full. I take crates full of produce down to the roadside, inviting – begging – people to help themselves, and to leave a donation to charity* if they wish. Gratifyingly, most do, and sometimes more than they would have paid in the shops.

The picking and the processing continue, as do other August tasks: sawing, splitting, cutting logs and kindling. The-middle-class –Country-Living-magazine me likes to foster the illusion it puts her in touch with our ancestors, who similarly prepared for winter. At the same time of course I make sure my heating oil tank is topped up. I’m not that keen on living in the 18th century. 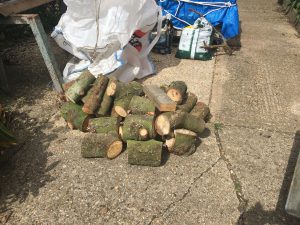 In recent years the night skies in the middle of August have been cloudy, but this year a 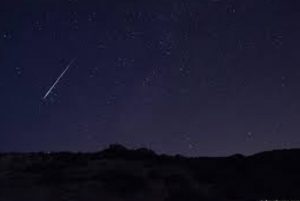 stretch of starry clear nights allowed the excitement of the celestial firework display that is the Perseid meteor shower. I walk on the field with the dog before bedtime, staring into the north east and…whizz! Did I really see that golden streak arc across the sky? Did I see it? I then must wait for another one, and another, to make sure it was real. 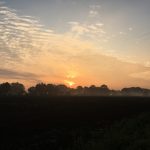 And so to September. The golden stubble fields are being ploughed, creating an autumn palette of burnt umber and siena; the days are noticeably shorter, the shadows longer, and the cycle of sowing and planting will begin all over again.