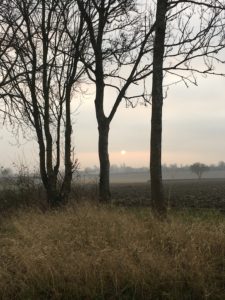 Let me find some positives in this sad month. There is the first glimmering of light in the sky when we go out now just before 6.30am. 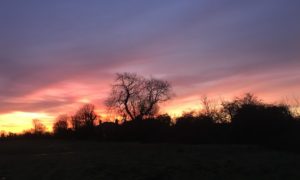 The birds are beginning to sing – the robin, the repetitive great tit, the melodic blackbird, the raucous thrush and others, and in daylight I hear larks high over the open fields. There are snowdrops, aconites, and the first primroses – which witness to the enduring mildness of this winter.

I look for other signs of hope, and find few. One, which restores faith in humanity’s response to destruction and brutality, is the work of Help Refugees, among other aid agencies, in Calais and northern France. This work – demanding, strenuous, often dirty and thankless – is done in the main by dedicated and inspiring young people. I will return to this below.

In the dark early days of the month the paths across the field and through the woods were running with water or mired deep in mud from the continual heavy rain, and on rare dry mornings were silvered deceptively by a gibbous moon. Little has changed, save for the slow lengthening of the days. The rain and relentless grey go on. 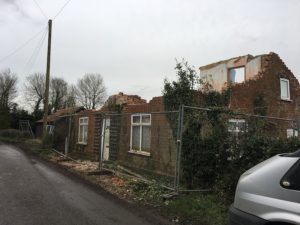 Along the lane my neighbours’ house is being demolished, brick by brick, by two Polish labourers. This pulling apart and tearing down seems to accord with the mood of this month. These elderly neighbours, long dead now, were the subject of the first chapter of this monthly chronicle, in July 2017. They sold their home of 52 years and the six-acre field with it in September 2016 so that he, terminally ill, could move to a bungalow in a nearby small town. He died less than a month later, and she – hating her fenced-in view – followed him to the grave after nine months. He wanted to call the new bungalow “Galanthus”, to remind him of the clouds of January snowdrops at their old house…a few of these remain among the ruins. 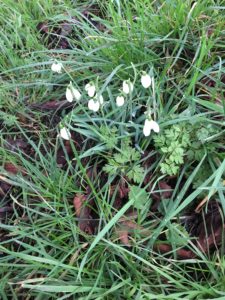 And in its place, set back from the road in the field, a Grand Design is planned – a glass and timber palace. I am told there will be “privacy planting” to shield the owner from my gaze, and I am also told (by others) that the plans have had to be redrawn – somewhat smaller.

Change and decay in all around I see.

There was one dry week, and one morning of sparkling iron-hard frost, but, reader, I missed it, for I was away in the grim fortress that is Calais. My regular readers will recall that in January of each year recently I have been to help at the Auberge des Migrants, which is under the umbrella of Help Refugees. My parish and other friends and family have been generous in their support, and this year was no exception. I had a car full of donated goods and some €725 in cash for them. 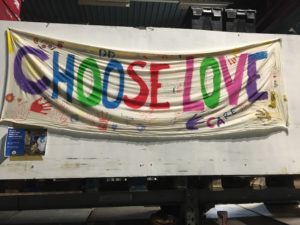 I am so fortunate that I can afford to rent a small (AirBnB) studio in Calais, so I can shut a door on myself in the evenings. There is warmth and hot water, and the possibility of heating up a meal. It overlooks the beach and the Channel, and on a clear night I could see the lights along the Kent coast. Inevitably it sparked thoughts of our place in Europe; we are so close geographically and culturally, and yet we in England are so stubbornly insular.

The Auberge des Migrants, which gives short-term volunteers the chance to work either in the Refugee Community Kitchen or the wood yard, is a place of inspiration. It has the same feeling as a walking pilgrimage – of working to a common purpose, of hope for a better future, of adventure even. These are young people who give up weeks, months or even years to run the place. Out of an apparent hippy chaos it works like clockwork. Wise after three years, I opted for the wood yard, for there – because of sustained physical effort – one can keep warm. The kitchen, open on two sides to the cold, chains the volunteer to a chopping station standing for hours on a wet concrete floor, then soaks him or her to the skin at a washing-up station, only to freeze again, immobile. The woodyard is fun: splitting logs, breaking up pallets, making kindling, bagging wood.

There has been an influx of refugees/migrants in Calais recently. Now there are about 1000-1500 (it’s impossible to quantify exactly). This puts a strain on resources. Last year the bags of wood had to weigh 13kg, and two tonnes were distributed daily. Now the bags can weigh only 6kg, rationing wood, four bags per “fire.” The distribution van goes out twice a day, after the regular clearances by the Police aux Frontières and the CRS (riot police). We couldn’t have a morning tea break (desperately needed by Granny here) till at least 150 bags had been filled and stacked ready. At nearly 73 I found the toll on the ageing body to be great. I am always the oldest volunteer. I hope that there may be people among my readers or friends or fellow parishioners who will take the baton and run with it. 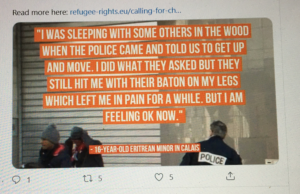 While in northern France I was invited to a reception at Arras City Hall (the famous Beffroi). Why? you ask…For some months now I have been negotiating, on behalf of an organisation for which I am communications officer (the Confraternity of Pilgrims to Rome) a partnership with an umbrella organisation in France which serves pilgrims on the French section (nearly 1000km) of the Via Francigena (the ancient pilgrim path between Canterbury and Rome). The reception was an event where the Great of Arras present medals to the Good of Arras – in this case a woman who devotes her time to arranging accommodation throughout the Pas de Calais and beyond for pilgrims on their way to Santiago and Rome. 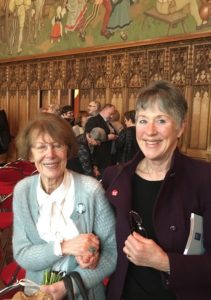 This lady, looking disconcertingly like Una Stubbs as Mrs Hudson in the BBC “Sherlock,” had helped me on my way to Rome four years ago. And so I went, as PR for the Confraternity, and sat through 75 minutes of speeches. And then lunch with French colleagues. Many years living in France have taught me the correct social dance of Anglo-French intercourse.

I miss France so much. Crossing the Channel had always a frisson of excitement and adventure, however frequently I did it. Because I am not speaking my mother tongue I have a sensation of being a different person, someone who can express different sentiments, be…not myself. I used to whizz past Arras on my way south, towards the sun and the red tiled roofs and what was for some years home, but I must admit to loving the north of France. The day I was in Arras was cold and foggy, and I walked through the great squares with their Flemish gables, their echoing arcades, their cobblestones. I drove through flat fields, occasionally glimpsing canals, distant rows of poplars…all was grey. Jacques Brel’s voice translates so exactly the essence of the north.

And this nostalgia brings me neatly to the elephant in today’s blog. Today is the day so long fought against, so dreaded. Today is Brexit day, and the feeling of defeat swamps me. No, I do not see a new dawn, and an exciting liberated future. No, I do not see the positive. I am overwhelmed with grief, and I have wept today. 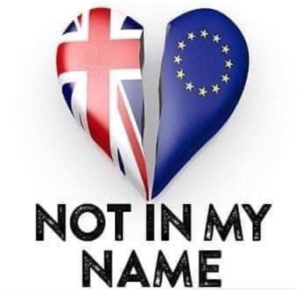 I will end with a quotation from a recent edition of the New York Times: ” [Britain has] … a new prime minister whose track record includes overtly racist statements, some of which would make even Donald Trump blush, a Brexit project linked to native nationalism and a desire to rid Britain of large numbers of immigrants, and an ever thickening loom of imperial nostalgia…” No wonder I weep. 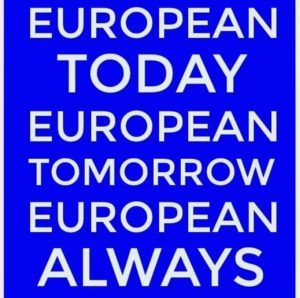